Two days ago, Apple had launched an official event in Cupertino, California where they revealed a new set of laptops this year. The event’s official highlight is none other than their latest design of MacBook Pro lineup, which is expected to be widely available starting at the last quarter of this year.

Apple happily reveals that the latest MacBook Pro has lots of new and useful features aside from the fact that it is considerably lighter and smaller compared than before. What really caught the experts’ attention, though, is its keyboard’s all-new emoji touch bar, which is specially designed for more meaningful conversations. It is also noticeable that the latest MacBook Pro has an OLED panel and Touch ID fingerprint sensor that replaced the keyboard’s function keys. What’s more interesting is that the Touch Bar is actually a touchscreen display that shows different icons such as photo thumbnails and emojis depending on your chosen options.

The new MacBook Pro is said to come in three different variants, two of those being a 13-inch variant while the other is a 15-inch one. To be more specific, the three laptops have different hardware specifications and prices, the least expensive having no Touch Bar and ID features.

The Installed TV App is now a Unified Hub

As of now, you need to install a corresponding TV app in your Apple MacBook PC, iPad and iPhone such as iFlix or Pandora in order to watch their offered TV shows and videos. However, the latest MacBook Pro now has a TV app that offers a unified feature. Needless to say, your TV subscriptions from different sites can now be viewed in one place even without downloading the site’s corresponding app. What’s more is that you can even use Siri to find and watch videos just by saying its title or the service that offers it.

It is also announced that the latest MacBook Pros will have prices starting at $1,799 (around Rs. 1.56 lakh) for the 13-inch with Touch Bar and $2,399 (Rs. 2.06 lakh) for the 15-inch model. The 13-inch model without Touch Bar is cheaper, which is priced at $1,499 (Rs. 1.30 lakh). However, the MacBook Pros’ international prices may vary depending on the imposed country taxes and other fees that are added on the laptop’s base price itself.

Apple AirPods: Definitely a Must-buy for this Year 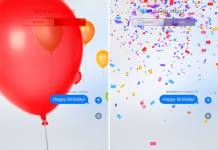