Cardboard tombstones are always a part of Halloween, we all know that.  But its existence does not end just there.  We can use them as props during a drama presentation or whatever.  Regardless of reasons, if you want to create three-dimensional cardboard tombstones, we can simply teach you how to create them.

Make the support by cutting 32 pcs. of cardboard at 20×3 inches.  Next, cut down the center of each piece by 1.5 inches.  Take the pieces and slide the cuttings together, inserting them into each other to create an X or +.   This should go between the two tombstone pieces you prepared in step 1 to support them.

Let the two tombstone pieces stand side by side with the extra three inches (bottom part) folded under each other.  Tape the bottom part together using the packing tape.

Use the newspaper and decoupage glue to make a paper mache over the top of the tombstone and give it a rounded effect.  Put about 3 layers of newspaper to give it a solid touch and let it dry completely for several hours.

Apply gray or dark gray spray pain to the tombstone for the first layer.  For the second layer, spray a rustic umber textured spray paint.  To render it with weathered look, sponge some flat black paint just around the edges.

Use three-inch stencils for the letter outlines to name the tombstone.  Cut out the letters using a pair of scissors and spray them with flat black paint. Use glue to put the name ((of the dead) onto the tombstone.

You can create a spiderweb effect using hot glue or cotton and some fake spiders as well.  You can place a rose or level your tombstone up by putting a brown towel over some newspapers underneath to have that dug-up effect. 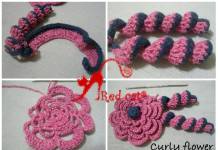 Knitting and Crocheting Basics: Knowing Your Way with Needles and Yarns 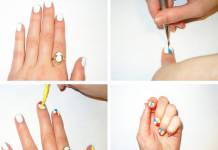