We know about reproduction taking place with the different creatures or organisms that populate the world. What we sometimes overlook is one fact present that makes the imprinting of characteristics and traits possible:  nucleic acids.  This particular kind of bodily acid allows the send genetic data from parent to offspring.  Nucleic acids are made up of nucleotides that contain these three factors: nitrogenous base, five-carbon sugar and phosphate group.  These three are connected to each other in a process called dehydration synthesis. Furthermore, when the sugar and phosphate factors of nucleotides, it results to phosphodiester bond that serves as the spine and strength of RNA and DNA.

During the mitosis phase or the process of cell division, a cell gives off its DNA to the progeny cell.  The DNA then is sorted into chromosomes that comprise the scheme of instructions for cellular activity.  The DNA contains adenine (A), guanine (G), cytosine (C) and thymine (T). These four are nitrogenous bases and are paired off as A-T and G-C.

RNA or ribonucleic acid is important for the fusion of proteins or in the process also known as “translation,” making it a component of ribosome. The data inside the parents’ (or a parent’s) genetic code is transferred from DNA to RNA and to the proteins. 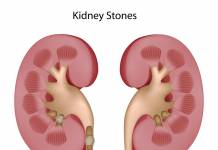 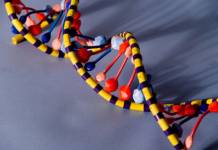