Dmitri Ivanovich Mendeleev was born in a small Russian village in Verkhnie Aremzyani which is located near Siberia.  He was the son of Ivan Pavlovich Mendeleev and Maria Dmitrievna Mendeleeva. His father was a teacher of politics, philosophy and fine arts; however, dire financial constraints had befallen to the family when he became blind and lost his teaching position.

Despite the financial crisis, his mother took Mandeleeve across the entire state of Russia just to give him a higher education.  Although the university in Moscow did not accept him, his mother took him to St. Petersburg where his father’s alma mater is located.  In 1850, he entered Main Pedagogical Institute and graduated at the year 1855.  He sought teaching career in the cities of Simferopol and Odessa, and later returned to St. Petersburg for his Master’s degree. He continued his studies abroad and earned two years in the University of Heidelberg.

During his teaching career, Mendeleev at the St. Petersburg Technological Institute and at the University of St. Petersburg, he realized his need of a quality textbook for his inorganic chemistry subject. Out of this need, he came up with his very own formulation, The Principles of Chemistry.

In the 1860’s, when he was researching and writing the said book, he discovered something that he became famous of.  He noticed recurring patterns when it comes to various groups of elements and used this to make further connections.  He systematically arranged the elements according to their atomic weight in a diagram that looks like a grid.  Using this pattern, he could predict the qualities of the still-unexplored elements.  By 1869, he presented his discovery of the periodic law to the Russian Chemical Society. It took decades before the international scientific community accepted his discovery.

Finally, in London in the year 1889, Dmitri Mendeleev presented his condensed research in a lecture entitled, “The Periodic Law of the Chemical Elements,” and it is used even until today.

Why Does Alcohol Increase Your Urination? 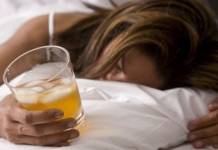 How to Cure and Prevent Alcohol Hangovers