If you want to make food costumes for your kids, then the hot dog comes as a topper on the list.  It may look difficult to do but it’s actually simple, only that you need a little patience for this project.

Place a comfortable fitting T-shirt at the center of a two-yard piece of camel-colored fleece.  Next, fold both long sides of the fleece into the shoulder points of the T-shirt.  Draw circles of 3 inches in size where the armholes are, using the T-shirt sleeves as your guide.

Step #2: Setting the Round Edges

Next, pin and sew the top and bottom rounded edges together.  Leave the inside part of the seam open on each side so you can do the stuffing later.  Do the pinning and sewing to the top and bottom edges of the middle part as well.  After that, turn both rounded portions with the right side out.  Pin the circles where the arms should go through.  Just in case, you may have to mark the circles again using a pen.

Sew the armhole lines, remove the pins as you go and cut away the fabric inside the sewed line.

Step #5: Stuffing and Sewing the Bun

Insert the pillow stuffing and sew the open seams on each side of the bun.

Cut out two layers of red felt in the shape of cylindrical capsule in the same width as the shirt and a bit longer than the bun.  After cutting out, sew just around the edges in order to leave a quarter inch seam allowance.

Get your needle and thread to sew snaps (or a strip of hook-and-loop fastener) to run down on each side of the bun in order to attach the hot dog to the bun.

Cut a wavy line on the yellow felt encompassing the length of the hotdog (just like how they apply mustard or ketchup along the hotdog in commercials).  Glue the felt onto the hotdog and make sure that it lies flat on it.

Use a hood as a pattern and cut the pattern into two overlapping red felt, but make sure that there’s a ½ inch allowance.

Sew the hood together and attach the extension (by sewing, of course) to the bottom of the hood.

Now that you have the costume pieces, you can wear it to your kid by putting his or her arms through the holes of the bun.  Close the hotdog by joining the attachments together on both sides of the buns.  Put the hood on him or her and tuck the flaps into the bun—that’s it!

For Women: How to Wear Bathing Suit Cover-ups When You’re off the Beach 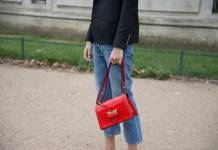 How to Wear and Style Cropped Jeans for the Whole Year 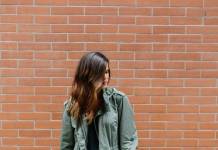 How to Identify and Define your own Signature Personal Colors