Most computer programmers think that Delphi Program’s use is only limited to developing XML and other web-based codes. However, unknown to all of us, you can also use Delphi when it comes to programming games and other software.

Most of us think that games, on the other hand, are only made as a part of a programmer’s hobby or as a sort of ‘time-killer’. Some say that instead of games, programmer must make some real-world programs that will help anyone in the real world. Unknown to all of us, games are rather the true ‘real-world’ apps that really profits the developer in the real way. As a matter of fact, games are the only digital software that does not experience total loss. One way or another, people somehow download it for their personal enjoyment.

Whether you believe it or not, using Delphi in programming games does exist. Delphi Blocks, a known Tetris Clone, Bug Swat and Delphi Meteor, an Asteroid game clone, are only few of the games in list that were made using this program. Even though these games don’t have the amazing graphics or the best-looking user interface, still…this is a start.

Before you develop games using Delphi, you need to research more about a ‘game loop’. A game loop is actually the main string of a game software program. In other words, it is somehow the overall script format for games, from story sequencing up to character arguments and interactions, etc.

Before you start developing your ‘game’, be sure to check the sites below for additional information.

Pascal Game Development – is a must-check for better understanding of pascal-related programs.

How to Return Multiple Values from a Delphi Routine

How to Use TDictionary in Delphi 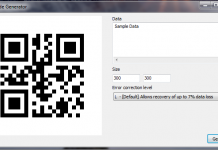 How to Use Delphi in Generating QR Codes