About more than two decades ago, image recognition technology can only be used by two distinct groups: the first being the government’s Secret Service while the other one is the movie industry. In the past, this technology may seem impossible due to the fact that computer hardware isn’t that impressive compared nowadays. However, we can see that this technology is being widely used today, especially in the internet.

When we say image recognition, it is the computer’s ability to recognize uploaded images in the internet, starting from the person/s in the photo up to what are they doing inside the picture itself. It is also considered a plus if the computer itself can recognize the location where the image has been taken in a more specific way (such as a theme park, restaurant, etc.). Way back at least more than two decades ago, this technology seemed impossible due to computer hardware limitations. However, things are much more different now. As a proof, Google has been using it for at least five years now (beta testing included). And right now, even Facebook had entered image recognition as a new feature.

Whenever you take a selfie or a group photograph and upload it in your Facebook account’s photo album, Facebook’s servers will use their image recognition technology in order to identify the picture itself (image tagging). Especially designed for blind computer users, the new Facebook feature can describe the image literally, starting from the number of people inside the photograph, their facial expressions, the specific location (whether inside the restaurant, office, etc.) and their activities (Are they having a party, working, etc?). And what’s more amazing with this Facebook feature is that this works even if the image uploader didn’t put any descriptions in the uploaded photo.

How to use Facebook’s Image Recognition Feature

You can easily use this feature by open ANY PHOTOGRAPH that you uploaded inside your Facebook account. Choose the picture that you want to check, right-click on it then select Inspect to open the Chrome Dev Tools. Just take a look at the picture’s Alt Attribute in order to see what Facebook sees inside that particular image.

This is very easy and can be done in at least five mouse clicks, since internet browsers nowadays already have the Chrome Dev Tools installed. 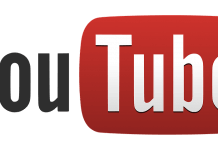 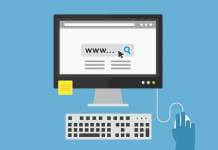 How to Test a Suspicious Email or Link without Clicking it