If you know world history well, you must be quite acquainted with the Hundred Years’ War between the English and French, the main reason why both nations avoid communication with each other as much as possible. Until now, a French speaking English inside France is a big no-no, though speaking French inside England isn’t a big deal at all. However, even though the people from both countries are different in almost every way, their languages, truthfully speaking, do have similarities when it comes to having both German and Latin roots and influence. This is due to the fact that both nations are Roman Catholic in religion, which is widely influenced by the Holy Roman Empire (Germany) and the Papacy (Italy) during the Medieval ages.

Most of you must have been confused right now that you find words in both French and English dictionaries but have different pronunciations and meaning. The truth is, these are only TWO of the common differences in the two languages.

Listed below are the other factors that you must consider when trying to learn both of them: 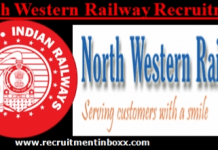