Last time, I decided to watch the intriguing Rustom movie after being persuaded by lots of movie publicities. Before the movie, I was actually amazed to see that the movie theater was full even though it’s just eleven o’clock in the morning. The truth is, it’s the only time I’ve seen the theater being full since Aamir Khan’s PK movie. And after watching the movie, I have given it an excellent mark for a courtroom scene movie just like what it was in Damini 1993.

The plot being a true-to-life story, the story is about Rustom Pavri (Akshay Kumar), a distinguished officer of the Indian navy who had surrendered himself to the Police right after shooting his friend and wife’s lover, Vikram (Arjan Bajwa). What’s more amazing is that Pavri had actually refused naval custody (being a naval officer) and help from a defense attorney (as a human rights privilege). Instead, he had planned to defend himself in court and issued a ‘not guilty’ plea. The story goes in and out of the courtroom when Pavri is providing proof of his innocence while the prosecution is looking for evidence that will support their claim of premeditated murder. The locals became intrigued with Pavri’s story, therefore gathering media attention and eventually, the whole country’s concern.

Looking at the movie setting, i can say that Rustom was indeed very interesting, given the fact that the time is around 1960s, a time where men in uniform are both respected and envied at the same time. In addition to that, Rustom Pavri belongs to a wealthy and prosperous class in a country that is actually struggling when it comes to its economy. We can say that these facts are possible grounds for Pavri’s acquittal and yet, it’s just an assumption.

Aside from saying that the movie is excellent as a whole, what actually amazed me is the fact that Akshay Kumar had really captured me in his serious acting here, given the fact that I can mostly picture him as a happy and comical one. Being a sharp naval officer with a deceptive character on the side, Kumar’s acting had captured me and the other viewers in his presence. And even though the film mostly revolves around him, there’s never a dull or awkward moment since he knows how to keep his own acting tempo. What’s more is that the courtroom’s scenes will also make you think of this very confusing question: Is Rustom Pavri really guilty or not?

As a whole, the movie isn’t just excellent; it is much better than Salman Khan’s Sultan Movie.

Kim Kardashian Robbed while Inside a Luxurious French Apartment 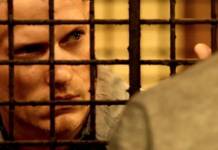 Prison Break Season 5: Things You Must Know About This Reboot