Polemics is one word under the language of writing or speech that might be unfamiliar to most of us.  The word itself is not commonly used in normal conversations of course.  However, when you are fond of good arguments or debate, you should know about this.

Polemics is derivative from the Greek word “polemikos” which simply means “war-like or hostile.”    As defined, polemics is a dynamic and controversial argument (whether in the written or verbal form) that aims to artfully oppose or support a cause in order to ascertain the truth behind a particular understanding and expose falsities of the opposing argument.  You must understand that polemics is not merely contained to two personal combatants or debaters.  Polemics is commonly used to persuade mass of people by introducing a theory which is backed up by certain facts and—even—arguable figures.  It often touches several equally controversial fields like science, politics, religion and philosophy.

As a person fond of doing polemics, you are called as a polemicist or polemist.

There are several classic polemics that have survived several eras.  They are all written in English so if you’re being curious or overly excited to know, here’s a list: 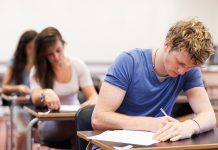