Fortunately, technology plays a vital role in revolutionizing things for us.  In the area of medicine, people with certain heart conditions (wherein medicines no longer take effect) need pacemakers.  At present pacemakers are made to be safer and more effective.  The people who receive them can lead normal, unrestricted lives.

Anyway, before we delve deeper about pacemakers, let us define it first.  A pacemaker is a small and sophisticated electronic device implanted just underneath a patient’s skin to help him or her regulate the heartbeat.  If the patient’s heart rate goes fast, the pacemaker takes action by slowing it down.  It coordinates the beating of both atria and ventricles, which we know as the cardiac chambers.

People with inappropriately slow heart rates caused by heart block or sick sinus syndrome are usually the ones who need a pacemaker.  The pacemaker helps eliminate the symptoms of having slow heart rates and these include the following:

However, we must point out that a pacemaker is not a substitute for your heart, not takes over your heart’s work.  Actually, a pacemaker acts merely as an assistant that aids your heart in regulating the timing and sequence of your heart beat.

Pacemakers are made to prevent or terminate a problem and not to cause them.  For that to take effect, you must be willing to follow several precautions and instructions.  If you are able to follow these with discipline, you should be living a normal, restriction-free life. 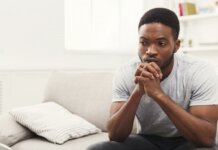 Symptoms of Diabetes in Men