Jewel beetles in their vivid coloring may be one of the most attractive insects (at least in human perspective).  They always have this iridescent or metallic look usually in their undersides that casts glamor enough to dazzle humans.   Because of this, they are called metallic wood borers or flat-head borers.

Though we may find these insects fascinating, a terrible side exists in most of jewel beetles.  The emerald ash borer, for one, is responsible for the deaths of millions of ash trees in North America.

The adult jewel beetle has an elongate oval shaped body with a rather narrow tip at the rear end.   Their bodies are hard and a little bit flat with a pair of antennas that look like saw edge.  They can grow for about 2 cm to 10 cm and varies in color—from dull brown and black to bright purple and green.  Some have elaborated markings while some almost do not have markings at all.

Jewel beetles are mostly hidden from sight as they tend to reside inside their host plant, but usually they are called flat-head borers since they tend to be that way.  They are also quick to fly and very hard to catch.

Adult jewel beetles eat on plant foliage or nectar though some eat pollen.  On the other hand, the larvae feed on sapwood of trees and shrubs while some are leaf miners and a few are gallmakers.

These insects can sometimes delay their emergence into the open like when their host tree is being harvested or milled.  As a result, they sometimes come out from already made wood products like flooring or furniture. 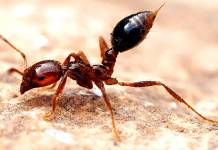 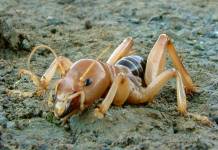 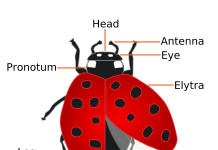