I, along with my schoolmates from Harkrishan School, can still remember this man. He has been selling Emli and Sugar sticks outside our school for 22 years.
Today, as I was riding my Motorcycle, I saw a familiar face of an old man. He was also riding his own cycle, peddling his food products. I stopped 100 meters away from him, trying to recall his name. After a few moments, I finally remembered him as the very person who used to sell foods outside our school.

I approached him and asked if he was the same man I remembered during my school days and he said, “Yes.” I told him that I could still recall how he had black beard back then. With that he just laughed and told me that he’s old now.

We stopped to talked for about two minutes, reminiscing the old days. I told him that I attended Harkrishan School from 1997 to 2002 and used to eat his Emli and Sugar sticks. That time, he sold it for about Rs. 1.00 to 2.00.

Before I go, I gave him Rs. 20. He asked me to get something in return but I pleaded for him to accept it as a love gift. I wanted to give him more but right now, my problems are like opening one door only to find out that there are still a hundred doors behind them. In 22 years, I was able to graduate from college, put up my own business, and buy my own car and house but he still sells food outside my old school. This idea brought tears to my eyes but I realize that the man didn’t cry because of it. From him I learned that life—indeed—goes on.

I, along with my schoolmates from Harkrishan School, can still remember this man. He has been selling Emli and Sugar…

How to Donate or Give Your Old Things Away 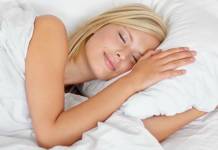