Most people say and believe that love is a feeling that our brains can’t explain. Most of us believe that it can’t be explained because love is felt by our hearts. Even though most people believe that this is the real way when it comes to that feeling, science has a rather different explanation.

According to the studies conducted in the past until now, science strongly believes that our hearts are nothing but a huge blood pump. Instead, scientists believe that our brain is the part that’s primarily involved in this love feeling. Along with the involvement of various hormones and chemicals in our body, the attraction and attachment factors, the two important factors particularly involved in love is eventually made. Thus, a particular chemical cocktail is somewhat mixed, depending on the stage of love you and your partner is going on.

Recent studies have shown that the right hemisphere of our brain is the brain area that is what we call the ‘Love Area’. When someone experiences romantic love, the foci that is located inside the media insula and the anterior cingulated cordex also becomes active. Since the foci is primarily involved with our instincts and the anterior cingulated cordex with euphoric feelings, this explains the reason why people often gets the ‘cloud nine’ feeling when they are in love.

In addition to that, in early stages of love, other brain areas such as caudate nucleus and ventral tegmental areas also becomes active and then flooded with dopamine, a chemical substance that is primarily addictive and makes the person get the ‘high or addicted’ feeling. Needless to say, this explains the reason why people often find love addictive and hard to stop once started.

According to scientific studies, love’s early stages primarily involve lust, infatuation and desire in which, needless to say, have body-related processes. Lust is controlled by sex hormones in humans, estrogen in females and testosterone in males. Desire, on the other hand, is influenced by epinephrine, an adrenaline hormone that is also involved in fight or flight responses during an emergency situation. It is the usual explanation when some people tend to get alarmed whenever they feel in loved. Infatuation is influenced by both dopamine and serotonin, which also influences both the person’s thinking and emotion, which can somehow affect a person’s intellectual judgment. This is the reason why the person you’re in love or have a crush with looks exceptionally beautiful or handsome while the same person looks normal for those who are not. 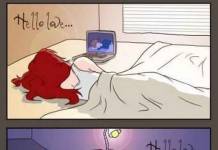 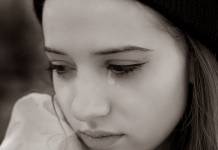 Rejected Because She was Overweight: How to Deal with It 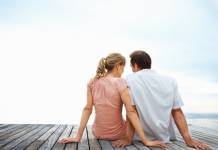