Every one of us knows how chemicals from sugar-dominated, carbonated beverages affect our overall health.  Common knowledge as it is, sugar—if not controlled— will lead to overweight, obesity and other ailments such as diabetes. However, since we are in a fast-paced, modern world wherein everything seems to be fashionably instant, beverages such as sodas, colas and fruit juice come handy.  They become even more accessible thru vending machines and groceries, and even highly promoted by thirst-inviting commercials on TV.

Nonetheless, we’re not focusing the issue of sugar within sodas in this article.  We are highlighting the effect of sodas in our aging process. It is important to know, however, that while this study was observed to hold facts, it is not yet considered to be predominantly true.

The study was conducted by the National Health and Nutrition Examination Surveys (NHANES) in America on random people who started drinking sodas and other sweetened drinks everyday for the past 14 years.  The subjects were taken blood samples from which further observations were conducted.  From the white blood cells of their blood, researchers notice the genetic material called, telomeres, which are somewhat protectors of the DNA.

As explained, the length of telomeres determines the aging process of an individual. The shorter it is, the faster the aging.   When it begins to be short, the DNA also begins to be damaged.  Hence, our cells stop reproducing, too.  This shortening of the telomeres was observed to those people who have taken sweetened beverages for 14 years.  Since this observation is still new, data with these people are not in full potential.  Although, it is noticeable that links among sugar, excess calories, short telomeres and aging are present. How?  It is yet to be discovered.

Meanwhile, observing healthy diet and lifestyle are confirmed ways to slowing the deterioration of telomeres, thus the slowing of aging process. 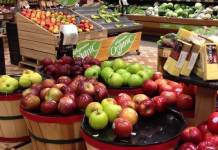 Pesticides on Fruits and Vegetables: Organic Produce that you should Buy