René-Théophile-Hyacinthe Laennec, famously known as René Laennec, was born on February 17, 1781 in Quimper, Brittany. He was a French physician that invented the stethoscope in year 1816, an instrument that is widely used by doctors today.

His concept of the stethoscope had started when he was consulted by a young laboring woman with a diseased heart in the year 1816. Due to the patient’s age and gender, direct auscultation or placing the ear in a particular area of the body of the patient is impossible. He also noted that the woman was also fat, which actually added to the difficulty of the said diagnostic method. In order to make diagnostics in an acceptable way during that time, he rolled a quire of paper into a cylinder and used it to listen to the patient’s heart. By doing this, he had found out that he can listen to the heart’s beating more clearly. Not only that the method proved effective; it had also saved both him and the woman patient from embarrassment.

Being a skilled flautist himself, he had decided to make a listening instrument that comprises of a hollow cylindrical tube, which he later improved to become detachable in three parts. Later, he had named his instrument Stethoscope which came from two greek words stethos (chest) and skopos (examination). 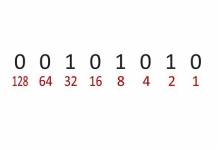 How to Read Binary Codes—Introducing the Slot Method 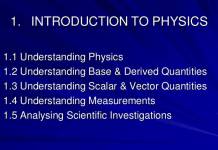 What is Physics: Definition, Areas, Role and how it Works