During his campaign last year, US President Donald Trump had promised every American that he will make sure that the existing Affordable Care Act a.k.a. Obamacare and will replace it with a more affordable health care program. Due to the fact that most Americans lose their money from paying every tax imposed to them by every single state, this sure sounds like a very good promise from Trump himself, who was still a presidential candidate during that time. However, economic and political analysts had suggested that the so-called ‘solution’ may or may not be an effective one at all.

Reports have revealed that, after agreeing with the Republican members of the US Congress, Trump had promised to keep the two of the most helpful benefits of Obamacare, namely the provisions concerning the age limitations and also who have pre-existing health conditions. Aside from saying that those people will not be forced to pay for a higher premium healthcare plan, the US Government itself will personally subsidize those who can’t afford the higher premium by giving an additional $25 billion fund to the program.

In addition to the two matters mentioned above, these are some of the issues that will be affected by ‘Trumpcare’ that needs careful observation:

How Immigration Affects America as a Whole

How will President Donald Trump’s Plans change the US Economy? 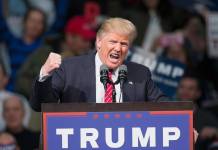 Trump’s Team is Now Devising Plans to Force Register Muslims in the U.S.