But things can be a whole lot different now that Ruby comes into existence.  You can do the “un” library easily since it’s a part of the Ruby standard library.  So why is the term “un” present? The answer is easy:  In order to require a library from the command line using Ruby, you use the –r switch; hence, it becomes ruby –run.

However, you can still face challenges like deploying Ruby programs which is usually pretty much of a “problem”.  At some point, you will need to script some actions just to copy files, create directories and many more.  Note that every operating system has their own set of commands in order to do these things.

So the Ruby programmers must have a cross-platform way to make things easier and simpler for them—ruby –run.  With this, you can utilize run modules like ruby –run –e cp in order to copy files or ruby –run mkdir to create a directory.  Now, that’s not all into it for ruby –run –e httpd . –p 9000 command can be exceedingly useful.  It can start a WEBrick HTTP server serving the current directory on port 9000, plus it is really easy to remember.

To help you with, here’s the list of modules included within the library: 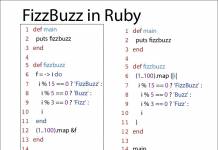 Fizz Buzz Test in Ruby : Are You up for the Challenge? 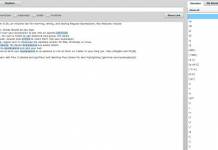