Earlier this month, various speculations and analyses have been made by cricket experts whether the England Team Captain Alastair Cook will manage to break India’s Sachin Tendulkar’s record of being the youngest cricket player to pass the well-known 10,000 test runs. Even though he’s a very promising player, most experts say that he needs five more years of experience to surpass the record. However, that record had already met its end.

Yesterday, Alastair Cook had managed to pass his 10k Test runs on the fourth day of their Second Test against Sri Lanka. Being achieved the feat, he is now the youngest cricket player to pass that, having the age of 31 years, 5 months and 5 days. Needless to say, he had broken Tendulkar’s record of 31 years, 10 months and 20 days, a record which had remained unbroken for almost eleven years.

When interviewed right after their game, the well-known Essex batsman said that the achievement had driven him personally since, achieving the feat is one of his career goals. This is achieved through the effort of doing the seven o’clock nets with his mentor, Graham Gooch.

Being England’s leading scorer in Test runs along with a 46.49 batting average, Alastair Cook is now the 12th player to have passed the 10,000 runs in the entire cricket history, experts say. Before him were the batsmen Brian Lara, Allan Border, Rahul Dravid, Sunil Gavaskar, Steve Waugh, Shivnarine Chanderpaul, Ricky Pointing and Mahela Jayawardene.

It’s somewhat interesting to point out that Cook had somehow made his debut against India ten years ago and got ill during his next match. But right after that, he didn’t fail to attend every one of the succeeding tests. Right after Andrew Strauss’ retirement four years ago, he was appointed as Team Captain and is leading England to Ashes Series. Since then, the team had managed to win against Australia during years 2013 and last year.

England’s Rock for More than a Decade

Graham Gooch, Cook’s mentor and former England team captain himself, got interrupted during his apple pie and custard snack yesterday afternoon when the reporters had relayed Cook’s achievement. Thinking that his protégé must already have done something special, he was proud to say to those who interviewed him that averaging 10,000 test runs per year is nonetheless a phenomenal achievement. In addition to that, he wishes that somehow, Cook’s achievement goes for at least a while. Paul Collingwood, Jonathan Agnew and Geoffrey Boycott had also extended their greetings to Cook as well.

How to Improve Your Basketball Skills – 5 Steps 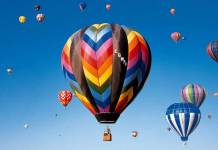 Most interesting Places for Balloon Rides