One of the most common dangers of pregnancy nowadays is none other than miscarriage itself. To those who didn’t know, miscarriage is defined by doctors as loss of pregnancy, which usually happens in the first three months of pregnancy. It is often believed that one out of five pregnancies will result in miscarriage, which could also happen even before a woman had actually undergone a pregnancy test.

For Women: Signs of Pregnancy Miscarriage

Listed below are the known signs of pregnancy miscarriage, which could possibly happen to all pregnant women out there:

In addition to these three, there are few cases that pregnant women had undergone a miscarriage without having the symptoms that are listed below. Some of them are very shocked to find that out during their first ultrasound. This case usually occurs to pregnant women who had undergone an abortion or had experienced a miscarriage in the past. In this case, the patient is advised by the doctor or midwife to have some rest, refrain from sexual intercourse and watch for signs of possible infection. At this moment, chances are that the doctor will also advise you to undergo another ultrasound or some hCG level tests.

What to Do After Miscarriage

It’s only natural for pregnant women to feel devastated after experiencing it. However, the husband must make sure that he will comfort his wife at this important time. He must make the woman understand that the miscarriage is an accident and not her fault at all. The husband must make sure that his wife doesn’t feel lonely or get even more depressed by making sure that she is well-loved and taken care of in the best possible way.

The significance of best gynecology specialist to treat fibroids

For Women: Reasons why You Should Lift Some Weights 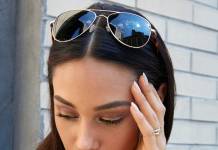