Making mistakes is quite natural but one small mistake because of ignorance can have a very bad impact on the entire career and even reputation of a person especially when it happens with public figures, the level of depression is too high. Here is a list of ten people who have faced the biggest career blunders; courtesy: Forbes.

Paula Deen: Deen is a celebrity chef, a host to cooking show on TV, owner of a restaurant, and a writer of cookbook. Her image was tarnished when she admitted in front of the court, that she has used racial expressions. The biggies like Novo Nordisk, Home Depot, Ballantine Books, Smithfield Foods, The Food Network, and Wal-mart separated their ties with her. Funny but the lawsuit also got dismissed later.

Rob Ford: He is the Mayor of Toronto and he was targeted because he was seen a video smoking crack cocaine in the office and he had admitted to this deed.

Lara Logan: Logan is a radio and TV journalist, currently the Chief Foreign Affairs correspondents for the CBS News and the correspondent of “60 Minutes”. Logan’s actually had a downfall because of her erroneous report she presented for which she apologized later.

Aaron Hernandez: He is and American football player and has played for the University of Florida and the New England’s Patriots, and currently he is a free agent. He was tried by a grand jury and was charged with murdered and five charges related to gun.

Ron Johnson: Johnson was the recent CEO of J C Penney and he previously was a Senior Vice President at Apple for Retail Operations department. When J.C. Penney hired Johnson, he was given the task of reinventing the Apple’s image of retail department. Under his leadership, the stock descended and he was fired. His disastrous strategy cost Apple $ 1billion.

Howard Kurtz: He is a Journalist, media critic, author; host of Media Buzz program of Fox News Channel; former Washington bureau chief of the Daily beast and former media writer for the Washington Post. He reported Jason Collins, NBA player to be gay who had hidden his previous affair with a woman. And his reporting cost him heavily.

Eika Batista: He is Brazilian Business tycoon. His oil firm OGX had filed for protection from bankruptcy and instead, he and his company got sued.

Bob Filner: He is the former mayor of San Diego. He has faced sexual harassment allegations from nearly 17 women and also has been punished in Los Angeles pleading him guilty.

Alec Baldwin:  He is a stage, TV, and film actor. He was suspended by virtue of his homophobic comments while being confronted which was recorded on video.

Anthony Weiner: He is a politician, former U.S. representative but he had to resign from his seat because he engaged himself into obscene online behavior by sending his sexually explicit photo on Twitter to a 21 year old woman. 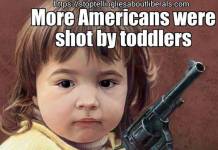